Plant a tree in memory of Delano
An environmentally-friendly option 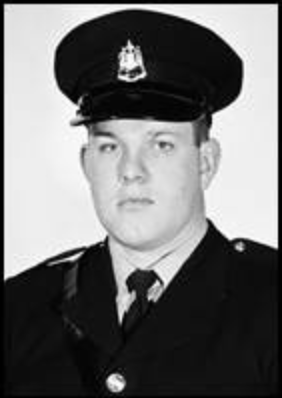 It is with profound sadness we announce the peaceful passing of our hero, Del Blanchard. Del is survived by his children Jordan Blanchard (Ontario) and Jill (Trevar) Pigeau (Kamloops), and by his grandchildren Brandon, Emma, Taylan, and Chayton. Del was predeceased by his wife Syl Blanchard, his parents Merle James and Mary Leona (nee Kearney) Blanchard, and his sister Jackie Smith.

Del was born in Vancouver, BC where he enjoyed playing baseball and basketball in the Killarney area. Del's father passed away when he was just 12 years old and from then on it was his mother and Del to take on the world. Then later in his 40's Del had a nice surprise when he discovered he had a half-sister named Jackie.

In 1966 Del joined the Vancouver Police Department - he loved his job and his VPD Family. Over his time with the VPD, Del worked in Patrol, Traffic Division, Information Section - P.I.E.S. Project, Vice Squad, Communications, C.L.E.U., Human Resources - Employee Services Squad, Support Services, and the Hit and Run Squad. Del was a man of service and performed his many functions motivated by a deep sense of duty. In 1998, after 32 years of service, Del retired and started a new stage of life in Penticton, BC.

In February of 1972, Del married Syl the love of his life. Over their 48 years together, they had many amazing experiences with lots of love and joy. They also faced many tribulations, which only made them stronger together. In the end, their love is what gave them their reunion in the afterlife.

Del had many passions in life. One of those included singing. He had an amazing voice that belted out for all to hear. Del's faith also gave him the opportunity to serve in different callings in the LDS church. His most memorable calling was in the Bishopric. He loved baseball and he spent many years as an umpire and a fan in the bleachers. It did not matter who was playing, he just loved the game.

Del was an amazing husband, father, grandfather, brother-in-law, uncle, son-in-law, and friend. He was loved by all whose lives he touched. We will deeply miss our gentle giant.

The family wishes to thank the staff at Trinity Care Centre in Penticton for the amazing comfort, love, and support they showed and provided Del over his time with them.

Due to COVID-19, there will be a celebration of life gathering at a future date/time.

In lieu of flowers, donations may be sent to the Vancouver Police Benevolent Fund or The Kidney Foundation of Canada

Plant a tree in memory of Delano by clicking here.
To send flowers to Delano's family, please visit our floral store.

Plant a tree in memory of Delano
An environmentally-friendly option

Plant a tree in memory of Delano

1 tree planted in memory of Delano

A Memorial Tree was planted for Delano Brent Blanchard

Plant a tree in memory of Delano